The Palazzo Doria Pamphili is a monumental building of Valmontone town in the province of Rome. It is located in the highest part of the city of Valmontone, almost completely destroyed by bombing and then rebuilt with criteria that have completely altered the original structure. The displaced people who lost their homes during the war settled in the palace and remained there until about the mid-seventies. The Palace of the accounts Doria Pamphili, was built between 1654 and 1670 by the Jesuit Benedict Molli completed by Antonio del Grande on the existing structures of the ancient castle of the Sforza. Inside the main floor is an important cycle of frescoes, now recovered from a recent restoration, in which you worked the most famous painters of the seventeenth century: by Pier Francesco Mola who was initially entrusted the construction site, Mattia Preti, Gaspard Dughet Giambattista rates, the Burgundian, Francesco Cozza. A masterpiece of the painting cycle is the Air Room painted by Mattia Preti of the breakthrough illusionistic wall, leaving the figures move freely in the space around the Aria, placed inside a golden crown supported by four winds. 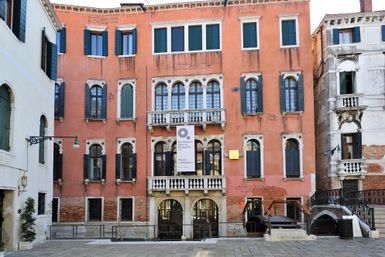 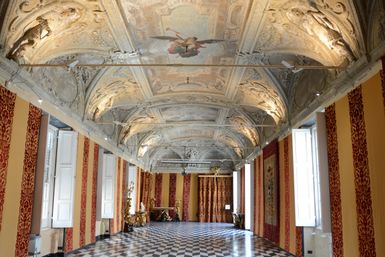 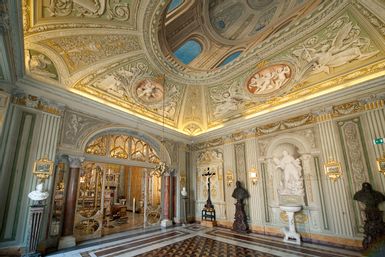 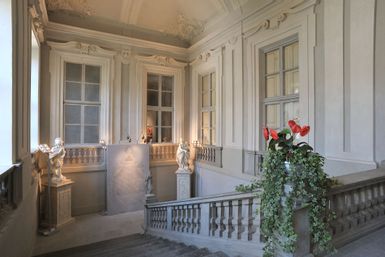