Museum Of Roman Ships Of Nemi

The Museum of Roman Ships of Nemi, was built between 1933 and 1939 to accommodate two gigantic ships belonged to the emperor Caligula (37-41 AD) recovered in the lake between 1929 and 1931. It was then the first Museum in Italy to be built on the basis of content, two hulls from the measures of m respectively. And 71.30 x 20 m. 73 x 24, unfortunately destroyed during a fire in 1944. In the new layout of the Museum of Roman Ships, the left wing is devoted to ships, some of which are exposed to fire survivors materials, reconstruction of the roof with bronze tiles, two anchors, the coating of the stem, some equipment of original or rebuilt board. Two models of Caligula's ships are also visible in scale and reconstruction in real dimensions of a part of the stern of the first vessel. The right wing is dedicated to the population of the territory in Albano Republican and Imperial age, particularly with regard to places of worship; They are exposed votive materials from Velletri (St. Clement), from Campoverde (Latina) from Genzano (stipe of Pantanacci) and the shrine of Diana at Nemi, in addition to materials from the Collection Ruspoli. Within this wing of the museum you can also admire a stretch of Roman road, the clivus Virbii, which led to Ariccia Diana shrine. 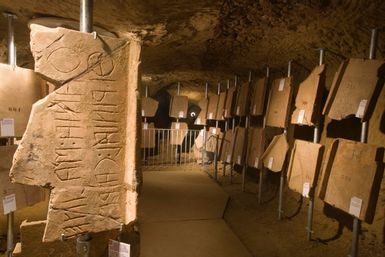 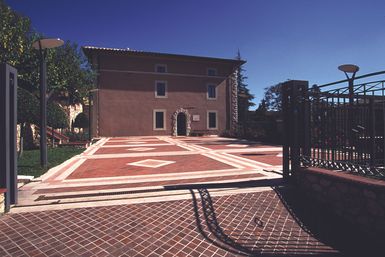 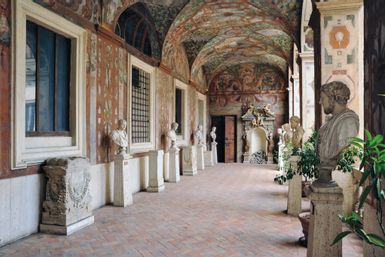 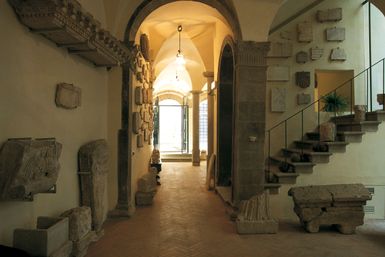