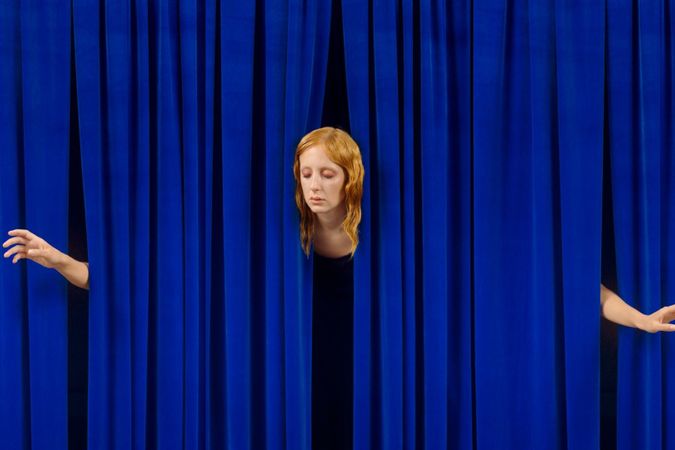 The Sandretto Re Rebaudengo Foundation presents, from 2 October to 28 November, at Palazzo Re Rebaudengo in Guarene, Badly Buried, an exhibition that concludes the fifteenth edition of the Young Curators Residency Program. The residence is supported by the Compagnia San Paolo. Underground tunnels are hidden under Palazzo Re Rebaudengo. Badly Buried is a descent; an immersion to blend in with what lies below. After crossing the secret tunnels that give us access to the basement, we begin to understand the subsoil as a shapeshifter: it is the ground, the unconscious, a mine, a secret sex room, a cave or a tomb. It is a space where matter and imagination come together. Over the centuries, the fascination of the underground has shaped mythology, epic poetry and popular forms of literature. The works take us from the bowels of a secret BDSM to the bathroom of an elf, from the depths of the subconscious to those of the earth, and back. Jacopo Belloni's sculptures and installations introduce esoteric practices and rituals common to the forms of contemporary spirituality in the historic space of Palazzo Re Rebaudengo. Ilaria Vinci's works are of a speculative nature, fantastic narratives that imagine alternative realities, while Alessandro di Pietro's “TOMB WRITER” transforms the palace into a tomb, where dead bodies return to earth, in a cyclical way of thinking about time. In the room that houses Irene Coppola's work, one has the sensation of rising to the surface again, with the scars that the artist makes emerge from recent history to support alternative narratives. Using industrial materials, Coppola builds a ghostly orchard made of tropical plants, which silently testify to the violence of war and colonial intervention. Going further, the spectator finds himself in front of GianMarco Porru's “MALEDETTA”. In this three-channel video installation we witness a hypnosis session in which a voiceover reveals, in a hallucinatory way, the way in which Medea - sorceress and teacher in the art of potions and poisons - has transformed into a monstrous figure due to forces completely beyond his control. Traveling in the underground worlds also means looking within, in our depths. For Badly Buried, Eleonora Luccarini plunged into the abyss of her multidimensional self to fight with her alter ego Leonard Santé, while Massimo Vaschetto explores the BDSM culture in which, taking up the literary topos of catabasis, those who practice sadomasochism abandon themselves to hell and then return physically, emotionally or spiritually transformed. There, the artist finds resonances with Christianity. Sinking even deeper into the subsoil of the Palazzo, Giovanni Giaretta's media archeology-based practice delves into the imaginaries of Robert Smithson's cavern cinema and the minerality of which our digital devices are made. Buried roughly beneath the glossy surfaces of the screens, the extracted materials leak again. These excavations take us even further down, towards the bitumen mines of Abbateggio, where Agnese Spolverini not only tells the story of undeclared work and its oppressive conditions, but also the immense friendship and solidarity necessary to sustain life in this hostile environment. 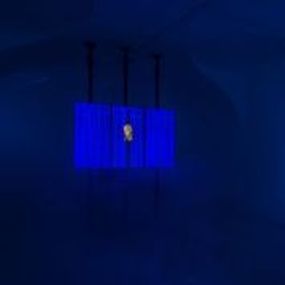 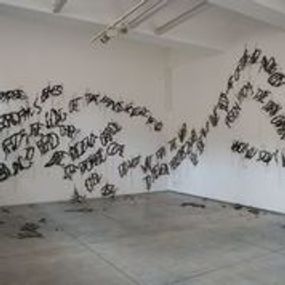 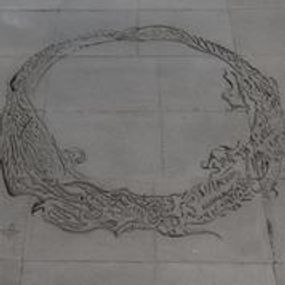 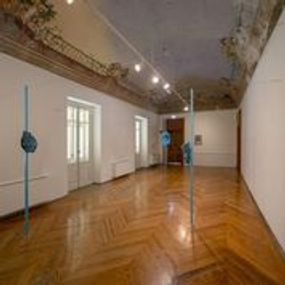 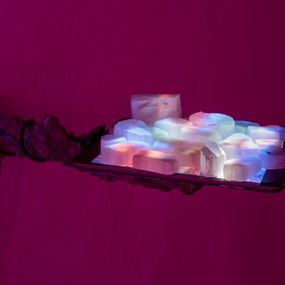 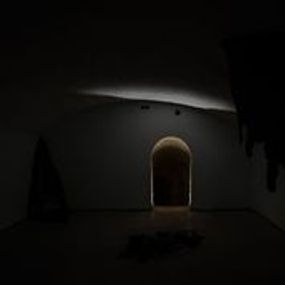 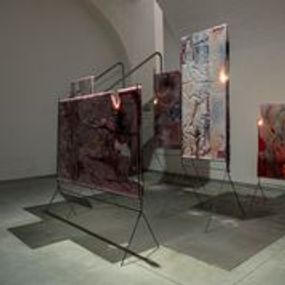 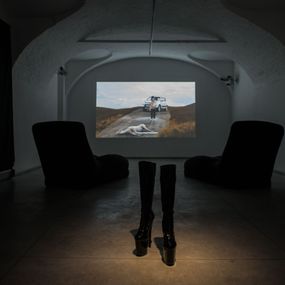 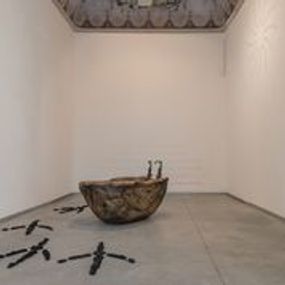