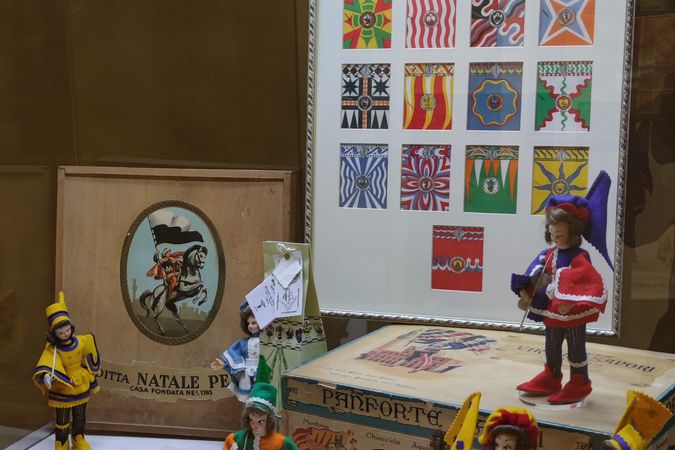 BETWEEN ART AND PLAGIOUS.
The charm of the Contrade

Created on the initiative of the Consortium for the Protection of the Palio on the occasion of the 40th anniversary of its constitution with the patronage of the Municipality of Siena, the Accademia Musicale Chigiana and the Magistrato delle Contrade, the exhibition aims to testify the diffusion of the image of the Contrade and of the Palio di Siena outside the city in the period from the end of the 19th century to 1981.

The exhibition deliberately does not contain objects made in a single work but focuses on mass production - by local and national companies - aimed above all at tourists and lovers of Sienese history; these are both precious and rare goods and pure memorabilia, documents of various kinds and types that give account of the stylistic changes, the evolution of taste, the changed sensitivity of the Sienese, as well as the indiscriminate use of the image of the Palio and Contrade, not only for informational purposes but also purely for advertising, through messages that are sometimes correct, sometimes rather questionable in form and content.

Although originally inspired by a real admiration for Sienese traditions, the production of objects linked to the Palio in fact reaches the limit of plagiarism and counterfeiting in the mid-twentieth century; the exhibition aims to illustrate the real impact that this attitude, often comparable to a real commercial exploitation, has had on the Sienese and on those who do not know and do not share the culture and history of the city have not understood how distorted the message was. stemmed.

The exhibition is therefore also proposed as a moment of knowledge and visibility of an incorrect use "of the image, insignia, coats of arms, emblems, weapons and armor, flags, banners, costumes, clothing, blankets and colors and anything else is part of the heritage of the Contrade and the Palio of Siena and is used by the Contradas and the Municipality of Siena ”, suggesting how and why the Consortium was established in 1981.

The tour is organized chronologically into 5 sections: 1870-1919 (posters, minutes of the Magistrato delle Contrade, advertising postcards, souvenirs); 1920-1939 (posters, calendars, ceramics, first popular brochures, dolls, precious volumes); 1940-1959 (more postcards, ceramics, advertising material, “Paliesque” confectionery products and more); 1960-1969 (calendars, posters, advertisements, and the most varied objects, from bottles to matchboxes and printed flags); 1970-1981 (in addition to increasingly numerous calendars, posters and advertisements, ceramics and other objects, materials relating to the request for the Osaka Expo, the poster of the Palio di Avigliana, the postcard of the Palio of Asti).

A special section is dedicated to videos, with period films, even unreleased ones, and commercials. The materials on display were generously granted by numerous lenders, collectors and enthusiasts of Siena and the Contrade, city bodies, archives and museums of the Contrade, who welcomed the requests of the organizers of the initiative with great willingness and enthusiasm. Curator of the exhibition is Laura Brocchi, assisted by the members of the Scientific Committee Dario Di Prisco, Alessandro Ferrini, Pier Luigi Millozzi, Cecilia Rigacci, Francesco Tiravelli. 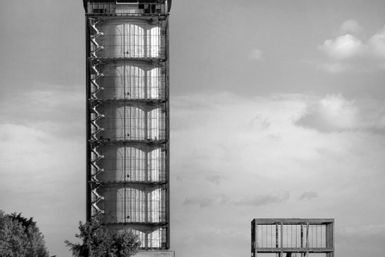 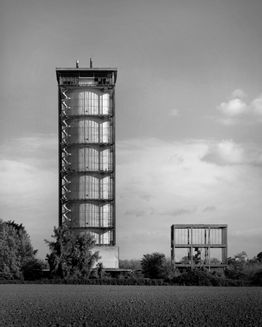