The Castle of San Giusto is in the eponymous hill of Trieste. The Castle is a fortress - the original museum in the fifteenth century and turned into a civic museum in the twenty-first century. Of great interest is the collection on display inside the fortress, made up mostly of sculptures, inscriptions, bas-reliefs and fragments of Roman architecture. The stone artifacts come from the Capitoline, the sacred buildings, the theater and the necropolis of the ancient Trieste. Among the most important we find the basis of the equestrian statue of countryman Lucio Fabio Severo, Senator of Rome, and the statues of Venus, Minerva, Apollo, Bacchus and Aesculapius. From the entrance you can admire some of the military banners, the coats of arms of patrician families of the city. They are part of the exhibition the original ancient castle ruins, such as the ancient firing positions, the bell, crossbows and guns. The symbol of the fortress is the so-called "Melon" the acroterion originally located on top of the San Giusto bell. The exhibition also features the original automata called Micheze Jacheze and the bell tower of the City of Trieste, on display in the courtyard of the castle of San Giusto. The castle hosts medieval festivals and cultural events inspired by the history of the Castle. 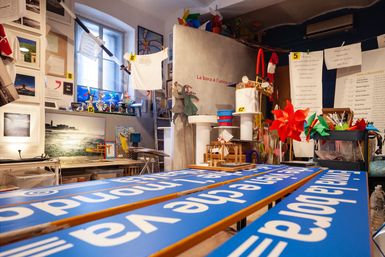 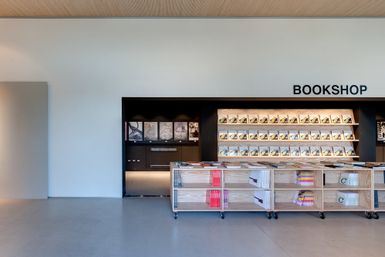 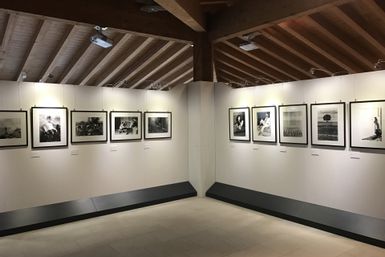 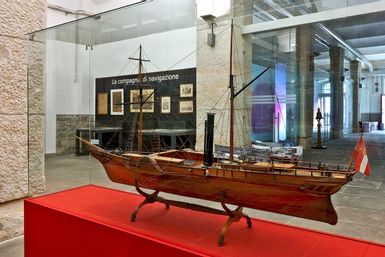