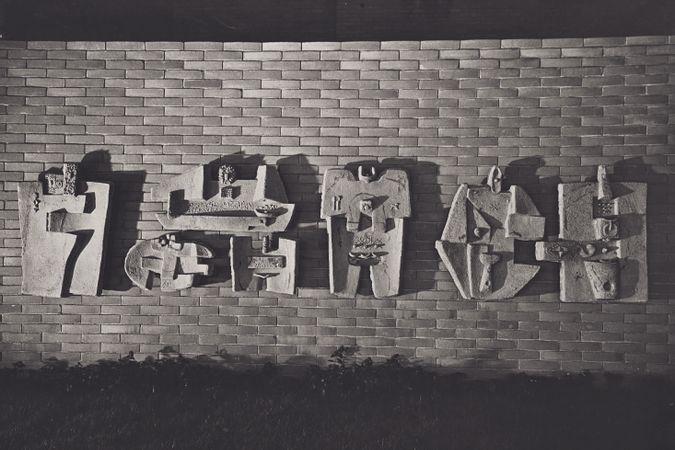 Cooper Square, NY—The Irwin S. Chanin School of Architecture at The Cooper Union for the Advancement of Science and Art, the Fondazione Costantino Nivola, and the Italian Cultural Institute of New York present Nivola in New York I Figure in Field, an exhibition of the work of Italian sculptor Costantino Nivola (1911-1988), known for his large-scale bas-reliefs, murals, and free-standing sculptural installations created in collaboration with architects. On view January 23 through March 15 in the Arthur A. Houghton Jr. Gallery, the exhibition is the first-ever to tell the story of Nivola’s built New York City projects through maquettes and sculptures, original drawings, site-specific photographs, and related ephemera. The exhibition also features a timeline outlining 62 projects that Nivola made in collaboration with architects over approximately 40 years. In addition to the exhibition, The Cooper Union will present a variety of related programming (dates to follow), including a panel on the role of public art, as well as off-site educational workshops and tours of Nivola’s work throughout the city.

New York is home to the largest gathering of Nivola’s public artworks — 21 pieces across all five boroughs, at least 17 of which still exist. A free pocket guide will be produced for Nivola in New York: Figure in Field to encourage visitors to learn more about all of these works and see them in situ.

“A disciple of Le Corbusier, Nivola believed in the synthesis of the arts, the collaboration between the artist and the architect,” says Giuliana Altea, president of the Fondazione Costantino Nivola. “After the success of his great wall relief for the Olivetti showroom in New York, in 1954, he achieved an international reputation as a ‘sculptor for architects’ and started working with important figures as Josep Lluís Sert, Marcel Breuer, and Eero Saarinen.”

“Nivola championed the idea that art should be accessible to everyone, which is why much of his work was created specifically for public and municipal spaces,” says Antonella Camarda, Director of Museo Nivola. “In fact, 15 of his metro New York projects were commissioned for New York City schools, highlighting the importance that Nivola placed on making his work for the community and in art’s role within civic life.”

Born in Sardinia, Nivola was already a practicing artist in Italy before fleeing fascism with his Jewish wife and ultimately settling in New York in 1939. Eventually he and his family moved to Long Island, where he discovered and perfected his unique cement carving process and sandcasting that included reverse sculpting molds in wet sand and filling them with plaster and concrete. These processes allowed him to work with the materials often shared by the buildings he embellished.

“Both through his methodology and material choices, Costantino Nivola exemplifies how artists’ and architects’ practices are inexorably combined, and through his partnerships with numerous prominent architects of his time Nivola’s legacy in the city cannot be measured,” says Nader Tehrani, Dean of Cooper’s The Irwin S. Chanin School of Architecture. “To this end, this exhibition is a unique opportunity to shed light on a mid-20th century master and how his creative process changed our city’s landscape." 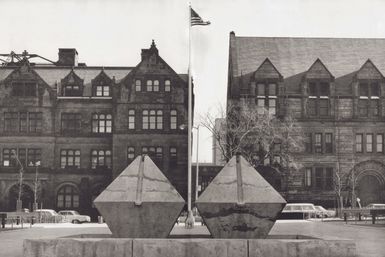 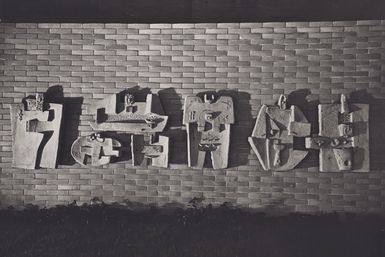 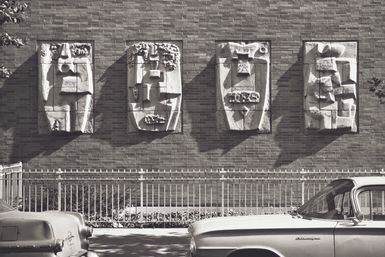 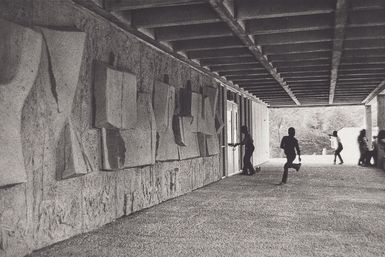 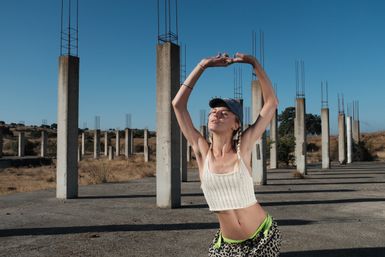