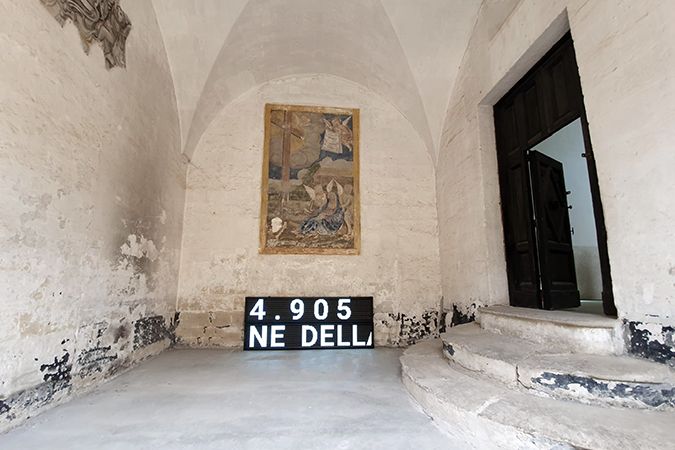 OPENED?
inside or outside of Southeritage Foundation

Despite the challenges posed by this unprecedented crisis, Fondazione SoutHeritage continued to serve as a source of resilience and support to contemporary art with the exhibition program “APERTO? dentro e fuori SoutHeritage in 6 parti”. Starting on Monday 30 April the exhibition session dedicated to the artist Sergio Racanati* and his in situ project “To futureless memory – possibilità di un memoriale” will be on show, conceived as a reflection on this particular moment in history and the ongoing health emergency. The installation is accompanied by a text written by Annalisa Rimmaudo (art historian and curator - Centre Georges Pompidou), conceived as an in-depth study of some themes of the artist's work and as a interpretative tool that offers particular readings of the works involved in the project.
With the “APERTO?” project the Fondazione SoutHeritage proposes a series of exhibition events that alternate with the scheduled shows, to present a series of artistic initiatives designed on a scale appropriate to our current unexpected crisis. The exhibition project is built around six consecutive closures of the foundation’s venues, and presents six specially selected visual and experiential approaches of six contemporary artists: Francesco Balilla Pratella, Henry Flynt, Ghislain Mollet-Viéville, Sergio Racanati, Ben Vautier, and Lawrence Weiner. The individual art events envisaged by the programme – which form a series of visions on the production of artists who have worked on the concept of closure, foreclosure and reduction, oscillating between the dismantling and construction of an exhibition – are also guided by interaction with the spatial particularities of the architecture of the foundation’s home, an aristocratic chapel from the sixteenth century, which includes a vestibule, a metaphorical space par excellence, both interior and exterior at the same time. The project falls fully in line with the radical ideas and approaches to exhibition formats promoted by the foundation, which, since its inception, have always been aimed at remodelling and reconfiguring the concept of what a show is. In this context, the works of the “APERTO?” project are presented as an installation freely accessible from the urban context. In this way, this special interim programme, inspired by the current crisis and the architectural conformation of the foundation’s premises, brings art and artists back into the public space – between the city and the exhibition venue – inviting visitors to take a walk through the heart of the Sassi (UNESCO World Heritage Site), to get to know both contemporary art and the history of the city better. 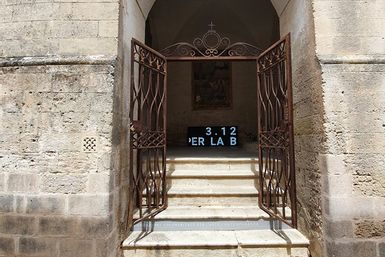 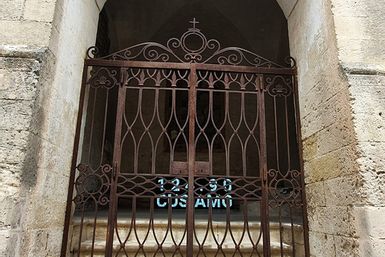 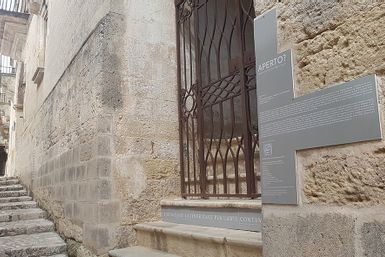 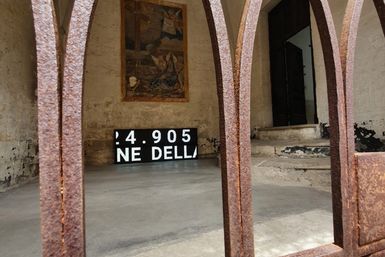 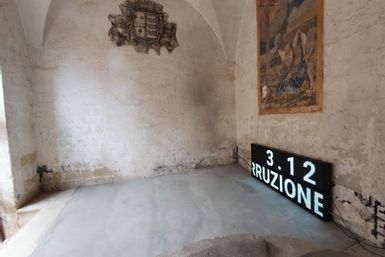 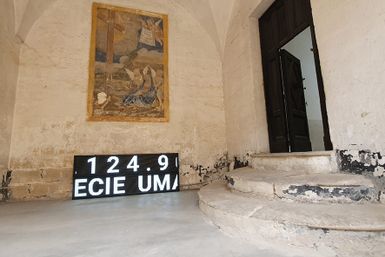 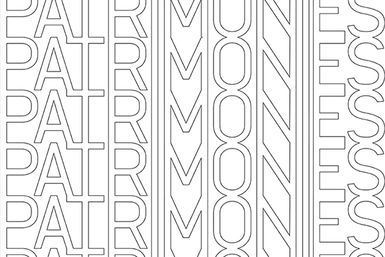