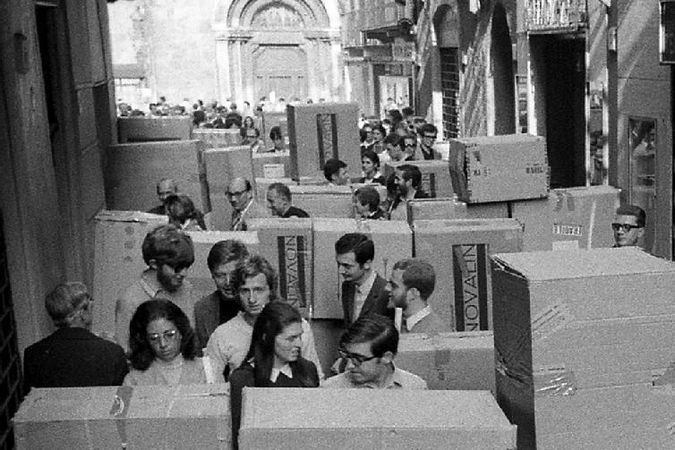 From its title, the project addresses "Campo Urbano", the art-event curated by Luciano Caramel that occupied the public spaces of the Italian town of Como for one day on 21 September 1969 with a number of artistic ephemeral interventions; often disorienting for Como’s residents and local press. Among art writers and curators, the exhibition sparked and propelled a lengthy debate about the exhibitions that had been burgeoning in the years 1968-1969 in the squares and streets of small towns in Italy. In the midst of the protest and anti-authoritarian movements of ‘68, and the consequent occupation of the street by workers and students, "Campo Urbano", as in other exhibitions of these years, sought a new connection with the reality of everyday life, and a wider public than only an art audience.

Conceived as a two-day conference and an exhibition, "Campo Umano - Public Art 50 years after", celebrates the 50th anniversary of that exhibition-event, reconsidering its merits and failures in its wider historical and artistic context. At the same time, the project seeks to continue the debate of what remains at stake in a social and technological context 50 years on, in which the same ideas of public space and public good, the concepts of collectivity and community, have profoundly mutated with respect to the time of "Campo Urbano".

Conference
The conference sees the participation of artists, critics, scholars and curators, among the most significant on the subject.
The presentations on Saturday are devoted to public art events that took place between the late 60s and early 70s (Alessandra Acocella, Luca Cerizza, Alessandra Pioselli, Francesco Tedeschi), and an in-depth focus on "Campo Urbano" through the testimony of many of its protagonists (Giuliano Collina, Mario Di Salvo, Ugo La Pietra, Gianni Pettena, and Grazia Varisco).
The day of Sunday considers more recent forms of public art, responding to the changed political, social and technological context, under new mechanisms of commerce, privatisation and surveillance, typical of advanced capitalism. Presentations by curators (Zasha Colah, Hou Hanru, Roberto Pinto, and Marco Scotini) discuss artistic interventions and strategies in public space under different situations of societal policing, alongside later political histories of the street, in diverse metropolis. A final roundtable with the participation of scholars and artists (Massimo Bartolini, Cecilia Guida, Margherita Moscardini, and others) will close the conference.

Exhibition
Through documents from the archives of the artists, original editorial material (designed by Bruno Munari), video recordings, and rich photographic documentation, the exhibition will reconstruct the events of "Campo Urbano". Along with the pivotal role of the photographic documentation by Ugo Mulas for the diffusion of "Campo Urban"o, the exhibition will present unpublished photographs of the Como exhibition by Gianni Berengo Gardin and Gabriele Basilico. 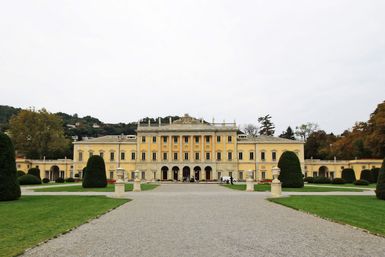