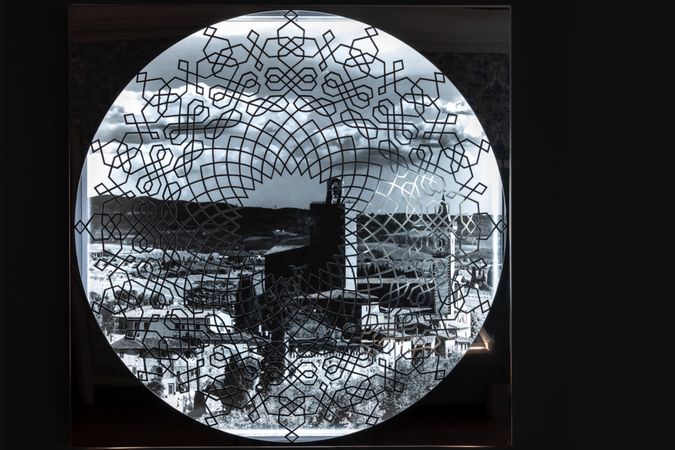 The area frescoed on the ground floor of the Leo-Lev exhibition center is from Scenario at the Aurelio Amendola & Oreste Ruggiero exhibition, City & Knives of Leonardo, curated by Veronica Ferretti and Oreste Ruggiero.

Among the most elegant and productive photographers of our time, internationally known for his shots at the opening of Giovanni Pisano, Michelangelo, Donatello and for his portraits to the masters of the twentieth century including Giorgio de Chirico, Alberto Burri, Marino Marini, Andy Warhol and Roy Lichtenstein, Aurelio Amendola exhibits for the first time in Vinci with a four-handed tribute to the great master of the Renaissance: Leonardo da Vinci. In the exhibition that is presented by the Leo-Lev exhibition center, in Piazza Carlo Pedretti, the photographic work of Aurelio Amendola meets the art of Oreste Ruggiero giving life to a unique opportunity: collaboration between two contemporary artists talking about Leonardo da Vinci.

The original shots of the Pistoese photographer will be accompanied by the works of Ruggiero who has drawn up the nodes of Leonardo, a symbol of the Da Vinci Academy in Milan. The two artists have a fusion of the photographs of the six cities of Leonardo with the nodes of the Academy, as if those places were filtered from the complex trend of graphic virtuosisms invented by the teacher vinciano, cloaked of mysterious symbolism, which took a value at the time Aesthetic and symbolic of great importance.

It is an exceptional event in which Amendola combines him art of photographer with that of Ruggiero who employs transparent or reflective materials in the works of him (such as plexiglas and steel crystal), transmitting the observer high expressive content.

City & Knives of Leonardo intends to be a sort of story of the places of Leonardo, read by the Magistral interpretation of Aurelio Amendola and seen through the complex intertwining, but at the same time ordered and infinite, of his famous knots, as a cosmic truth to which Leonardo has constantly targeted. 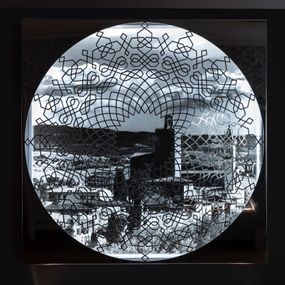 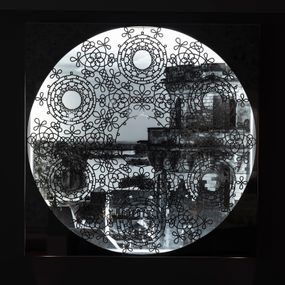 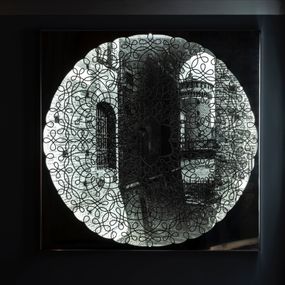 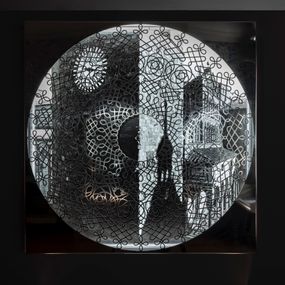 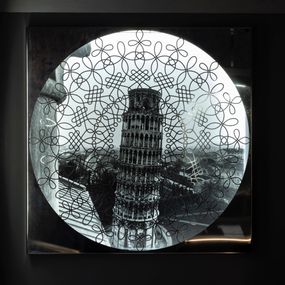 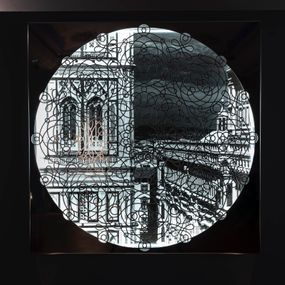